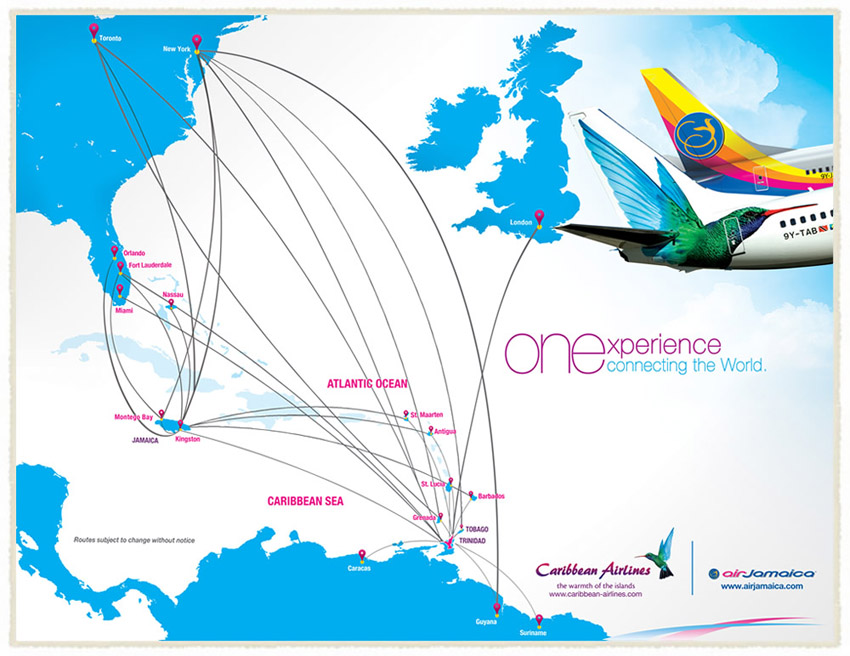 Caribbean Airlines is the largest airline in the Caribbean and serves as the national airline of Trinidad and Tobago. Since the acquisition of Air Jamaica in 2011, it also operates a second hub in Kingston. The airline serves destinations within the Caribbean, the United States and Canada. Transatlantic route to London has been suspended in 2016.

Other route maps of Caribbean Airlines

Airlines based in Trinidad

Other airlines of Canada & the Caribbean

Cheap flights to & from Trinidad