Route maps of the day 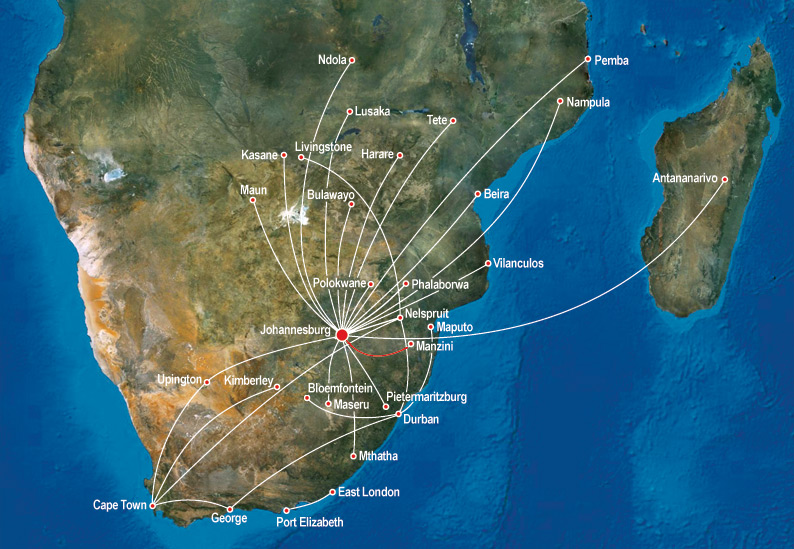 Swaziland Airlink operates the route between Manzini in Swaziland and the principal hub of South African Airways in Johannesburg.

America West Airlines was an airline of the United States based in Phoenix and Las Vegas. The airline was acquired by, and merged into US Airways in 2005. With the US Airways-American Airlines merger in 2013, the former American West Air... 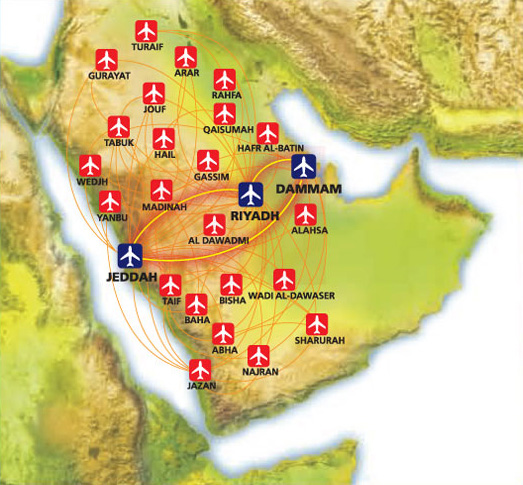 Saudi Arabian Airlines or Saudia is the flag carrier of Saudi Arabia and is a member of SkyTeam. Saudi operates an extensive network of domestic and international scheduled destinations, in addition to Hajj charters from all across the M... 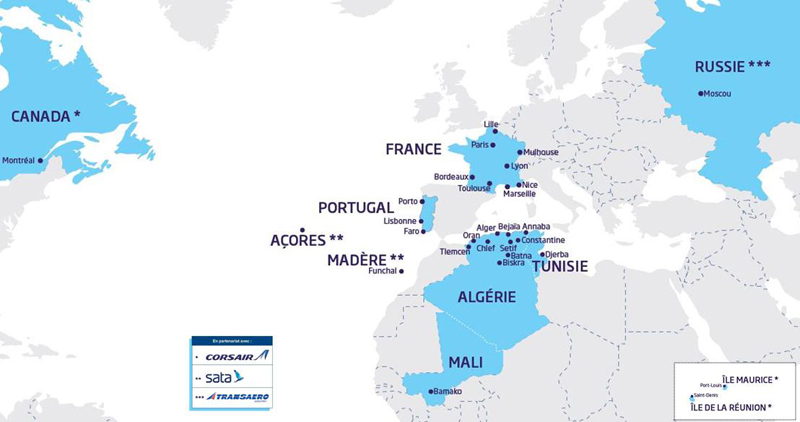 Aigle Azur is France’s second largest airline, operating charter and cargo flight services to destinations within Europe and in Africa.

ATA Airlines (formerly American TransAir) was a low cost airline of the United States which operated out of Chicago Midway and Indiana. The airline ceased to operate in 2008 following financial problems.

Map generated by Great Circle Mapper | www.gcmap.comCubana de Aviacion, or simply Cubana, is the flag carrier of Cuba. It operates domestic, regional and long haul destinations in Africa and Europe from its hub in Havana. 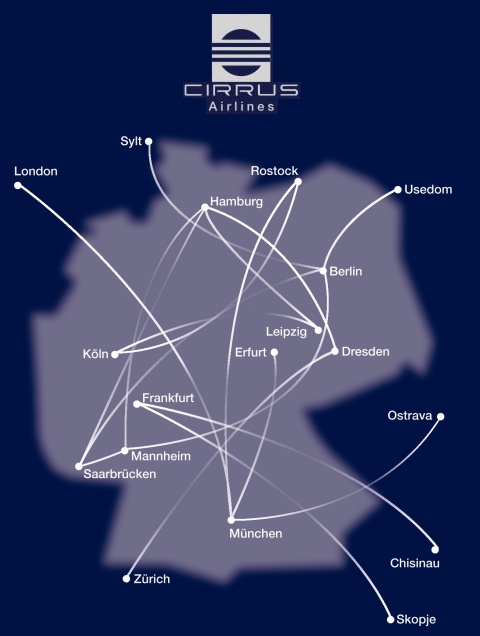 Cirrus Airlines was an airline of Germany which operated as Lufthansa Regional from its bases in Saarbrucken and Dresden before it ceased operations in 2012.

PLUNA Lineas Aereas Uruguayas (or simply PLUNA) was the national airline of Uruguay before it ceased operations in 2012 due to financial troubles. 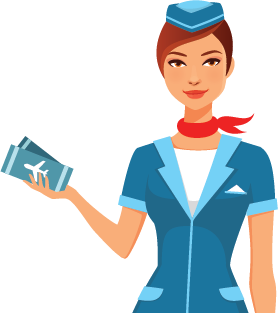